Ethereum is a form of blockchain which is one of the most actively used. It has become, by market capitalization, the second largest cryptocurrency after Bitcoin. The native currency of Ethereum is Ether (ETH).

Ethereum claims to be a fairer financial system as in today’s day and age billions of people cannot open their bank accounts, while there is a large number of people getting their payments blocked. On the other hand, Ethereum provided a fairer financial system that never sleeps or treats unfairly. With just the provision of the internet, one can send money, receive it, borrow or earn interest, additionally one can also stream funds anywhere.

Some main benefits the Ethereum claims to provide are that it allows easy banking for all, which means that not everyone has access to financial services, while to access Ethereum all one needs is access to the internet to be able to use its borrowing, saving, as well as lending. Additionally, it provides a more private internet which means it does not require for one to provide all personal details. One main advantage that Ethereum claims to provide is that while moving money or making agreements with someone, one will be directly in contact with them rather than approaching through companies. Often due to interference from the government or companies, one is unable to receive any payments, however, with Ethereum even that is not an issue. No company or government has control over it.

In conclusion, Ethereum lets a person send cryptocurrency to anyone for a fee, while also providing an application for use of everyone that no one can take down. The best thing about Ethereum, that gives it an advantage over Bitcoin, is that it is programmable. That means that it can be used for lots of different digital assets. Ethereum provides a marketplace for financial services and apps which cannot at any cost steal one’s data nor can it in any way censor someone.

To understand Ethereum and how it works, it is highly important to get into the depths of it. Knowing its history makes one understand its ways and how it came into existence as well as for better understanding.

Ethereum was founded by the co-founder of the Bitcoin magazine Vitalik Buterin. His main goal was to build decentralized applications. He wanted such an application that would lead to attaching real-world assets, for example stocks and property to the blockchain. To put this idea into reality he worked with eToro on a project called the Colored Coins and drafted additional cases for blockchain technology. However, he failed to get an agreement. Hence, after this, he proposed a plan for a more general scripting language eventually becoming Ethereum.

In 2014, on a conference in Miami known as the North American Bitcoin conference, Ethereum was announced. During this conference, the main financiers for the project Charles Hoskinson and Anthony Di Lorio along with Buterin worked towards developing Ethereum further. During this time Di Lorio had invited Joseph Lubin and a reporter Morgen Peck to bear the witness. However, after six months Buterin claimed it to be a non-profit project so Hoskinson left the project.

Due to several reasons, Ethereum has a long list of founders. The names include Vitalik Buterin, Anthony Di Lorio, Charles Hoskinson, and Mihai Alisie & Amir Chetrit in December 2013. Joseph Lubin, Gavin Wood, & Jeffrey Wilcke were added in early 2014 as founders, while the Formal development of the software began in early 2014 through a Swiss company, Ethereum Switzerland GmbH.

Buterin named Ethereum after researching thoroughly on Science fiction. The name “ether” was chosen as a reference to a hypothetical invisible medium that permeates the universe and allows light to travel.

Before fully launching Ethereum, several prototypes were developed, including the last beta version “Olympic”. Since its launch, the app has gone through several upgrades. The latest upgrade on it is “Berlin” which was released on 14th April 2021. Yet another upgrade “London” is all set to come in July. London is made to Ether that is used for transaction fees that are opposed to providing to minors thus reducing its overall supply.

The price of Ethereum has started increasing a lot after April 2021 reaching 2000 US dollars. The reason for it to become so high was due to a digital art piece being sold off and also being known as the world’s most expensive NFT due to it costing over 38,000 ETH, if converted to US dollars it would be $69.3 million. The technological developments had caused an all-time high excitement amongst the traders due to which the price had risen quite high.

The DiFi (Decentralized Finance) industry shows the price development on Ethereum. This industry in particular uses technology to remove intermediaries between parties in financial transactions. Ethereum facilitates DiFi due to it being an open-source software platform for blockchain applications.

NFTs are digital blockchain assets that can function as a unique code connected to a digital file. This allows it to distinguish the original file from any copies. These non-fungible tokens grew nearly tenfold from 2018 to 2020.

Latest quotes and trends on Ethereum

Ethereum has continued to benefit a lot of people due to which still in 2021 it is one of the most highly used blockchains. The following are quotes of people extremely satisfied with ethereum and who think this may be the new future of currency.

All of these quotes are also showing the latest trends and what’s the news for Ethereum. It predicts a good future for cryptocurrency like Ethereum.

If discussing the latest trends on Ethereum, it has climbed up 12.53% up the rally promised good news for its users. Along with this, open-source development is currently in the works for Ethereum which can also be known as Ethereum 2.0. The main focus of the upgrade is to increase the transactions of the network, the current transaction being 15 transactions per second it aims to increase that to tens of thousands of transactions per second. They intend to achieve this by splitting up the workload that is running parallel and make them share one consensus proof of stake blockchain which will result in any malicious attack to tamper with any singular chain to cost far more than they would gain from causing the attack. Ethereum 2.0 will launch in 3 phases, Phase 0, Phase 1, and Phase 2.

In conclusion, cryptocurrency and forms of blockchain technology like Ethereum are the future. This technology although very new has gained quite a lot of popularity amongst people due to its lack of limitations and complications, unlike the bank. The fact cannot be denied that one should be aware and think to buy Ethereum currency to move ahead into a bright future.

Paraiba world continues to provide the latest news for people looking more into blockchain technology. The three main advantages for choosing us are the security, extremely quick services as well as the confidentiality of personal information. All of these contribute to trustworthy and friendly customer relations. 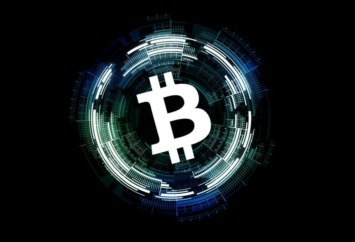 How paraiba world works for Blockchain ?