5 reasons I decided to invest in Paraiba World

You know the drill. You have your job, your income and there is this knock on your digital door.

Call from a long gone acquaintance, an email or even an advertisement. The main message is “Passive income”.

You’ve probably seen offers appear, reject them or just decided to wait it out a little bit, forget about them and years later you happen to come upon an article.

Failed, it said, many people lost their investment money, maybe even their life savings. And you move on, feeling good, as you avoided another one of “those”.

Offers like these usually come from two types of people. Professional multi level marketing peddlers that just know how to play the game and how to quit. Also hyped up people too influenced by promises of big dreams, like characters in one of the many Aesop’s fables.

I’m neither of the above and I’m here to tell you how I feel about Paraiba World and why it is the only invite of any sort I accepted in the long 30 years on this earth.

Paraiba trades and it trades safely. Part (about half) of the money they make trading, they trade for you. The other half, like a healthy company, they keep for themselves.

I find this the single most important mental check that I need to do when assessing what to invest my money and time into.

I’ve invested in companies that simply failed, but none of them failed because it was unsustainable.

Schemes that require an ever growing influx of “investors” is no more than a ponzi, even if it’s covered in layers and layers of products to disguise it, are just that – UNSUSTAINABLE.

There is a finite amount of money and people to invest that money. That’s a story for another time. Nothing can just organically grow like mold in a marmalade jar.

This is simply because Paraiba makes its money like banks and big investors make their money – by trading.

To make more money they need to (safely) trade bigger volumes of money and that is where you come in.

Others reading:  5 ways to growing your investment daily !

You, as the customer can help Paraiba by investing yourself. And Paraiba helps you. Maybe you are eager to earn more passive income but your financial situation does not allow you to invest more of your Risk Capital?

Let us take the example of John. John is a College Student who earned some money on his summer vacation. He could pay off his Debts and was left with some Leftover Budget Money. He invested 1000 dollars of his risk capital. Because John can not afford to invest more he still has an option to earn more passive income by referring Paraiba World to someone else. The reward can help you earn more passive money.

It’s a simple transaction. Commonly known to anyone who has invested in mutual funds or other bank investment.

This bank is here to give you more for helping them grow. Basically replacing part of their marketing investments and rather paying you for it. And I don’t mind at all!

I mentioned future products that I’m excited about and since I onboarded.  I’ve already been surprised by a speedy launch of their own trading platform Unique Exchange.

This opens another revenue stream for the company.

Which is separating them from the many systems where their main “revenue” was more and more people to invest until the proverbial marmalade was gone.

All what was left were some moldy glasses.

While the above statement seems obvious, let’s analyze it point by point. Paraiba World is simple and investing your money is made simple and if you don’t want to go into any details, you don’t have to.

That I want to make money seems even more obvious, but I assure you it is not.

Growing value is hard and there is a team of experienced traders with their own game plan and their own personal motivations behind the simplicity offered to you as the costumer.

And above all – money. You don’t want to be making pots, pans, cleaning products or nonexistent cryptocurrencies you can only trade with your pals that fell for the same scheme.

You get the money you earned and invested in a form you can actually use – money.

We can all agree bitcoin is at a phase where you can call it a reliable currency while many other alternatives are simply not.

When anybody asks me why I delegated parts of my investment fund into passive earning enabled by new Paraiba World.

I can just show them this article, and if you want to convince a friend to join you at Paraiba, I invite you to do the same. 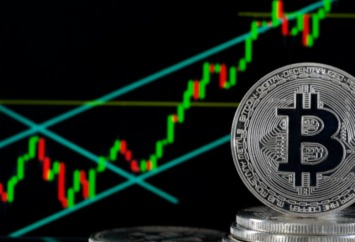 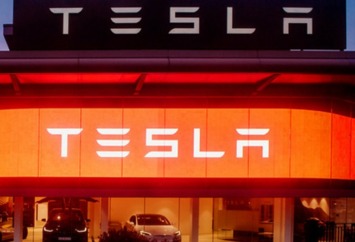