The sudden market jump appeared to cause some cryptocurrency exchanges to struggle. This is due to traders wanting to either cash out or make a quick profit.

Reports of issues with Binance, the world’s most popular bitcoin exchange, coincided with the record price spike. Problems also appeared to hit Coinbase on Wednesday.

Bitcoin is currently trading above $20,500, according to CoinMarketCap, having reached below $5,000 earlier this year.

Other major cryptocurrencies also experienced significant increases in value. Ethereum (ether), ripple (XRP) and litecoin rising by between 4 and 7 per cent.

Market analysts and cryptocurrency experts said the new all-time high was indicative of a wider trend relating to the widespread adoption of bitcoin. Also because of its emerging role as a safe haven asset in times of economic and political uncertainty.

Bitcoin “Oasis in the desert”

“The increase in Bitcoin price is likely a result of major institutional investors joining the bandwagon and purchasing a portion of bitcoin’s limited supply.

“Bitcoin is no longer the mirage it used to be – it is truly becoming the oasis in the desert.”

Emiliano Grodzki, interim CEO at bitcoin mining operation Bitfarms, added: “In just under a month, we’ve seen bitcoin firstly hit an all-time-high, and now break the long awaited $20K mark, there is no doubting it. This is one of the most exciting periods of time in the history of cryptocurrency to date.”

Sundays latest record high came 12 years to the day after Satoshi Nakamoto, the pseudonymous creator of bitcoin, created the first entry in the bitcoin blockchain.

This “genesis block” included a headline from the 3 January 2009 edition of the Times, reading: “Chancellor on brink of second bailout for banks”.

City firms have shown more interest in bitcoin recently. In December, the UK investment management firm Ruffer said it held £550m in bitcoin, as a hedge to the risks in a “fragile monetary system and distorted financial market”.

The hedge fund managers Stanley Druckenmiller and Paul Tudor Jones have also backed bitcoin as a financial asset. Druckenmiller argued that it could have “a lot of attraction as a store of value to both millennials and the new west coast money”.

Sceptics warn that the crypto boom could be heading for trouble.

The economics professor Nouriel Roubini, a long-time critic of bitcoin, insists it has no intrinsic value.

“The price of bitcoin is totally manipulated by a bunch of people.It doesn’t have any fundamental value,” he told Yahoo Finance just before Christmas.

“We’re close to the point where the hyperbolic bubble is going to go bust.” 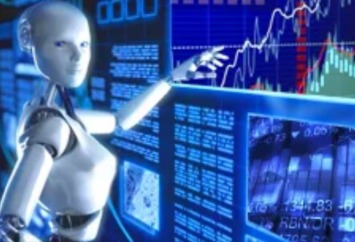